Traditional pailing fences are one of the most common types of timber fence because of how cheap and easy they are to assemble. They create really good privacy boundary fences, and because they are often made out of pine, they last a long time. Pine is naturally resistant to decay and insects. Sometimes pailing fences are also known as picket fences, but there are some differences. Typically with pailing fences, there are no gaps between the boards. With a traditional picket fence, there are evenly spaced gaps between the pickets. Both are constructed similarly in that there is a top and bottom rail on which the up-and-down slats are attached. Ultimately, though, “pale” is just another name for picket. Both are strips of wood nailed to top and bottom rails that are suspended between posts.

There is one other key difference between pickets and pales: pickets have pointy tops and pales are usually flat or rounded.

With pailing fencing, there are customization features as far as board spacing is concerned. In one such design, the panels can overlap, and it is possible to alternate which panels are in front or behind the top and bottom rail. This creates a solid barrier that still allows some air flow, because the slats aren’t butted up right against each other. So, this fence is designed with the picket spaced evenly usually about 1/2 the space between two how wide the picket is. Then on the other side of the rail, center the picket over the gap to create a visual obstruction. This sort of layout is called a shadow box fence. It is unique not only because of airflow and its ability to create a solid visual wall, but also because it looks the same from both sides.

When installing a fence, it’s the rule that the “good” side faces the neighbor’s home. The cross-bars and posts of the pailing fence go inward, towards the property that is being fenced, and the pretty, flat, finished side faces outwards. With shadow box fence design, because the pales attach to each side of the rails in alternating fashion, both sides of the fence end up identical.

Shadow boxing can be done with picket fences as well, and it can also be accomplished with horizontal slats. It is a lesser-used technique, but the benefits of airflow and the fact that both sides look finished are winning qualities of this type of pailing.

Call us to discuss your fencing needs

Call us to discuss your fencing needs 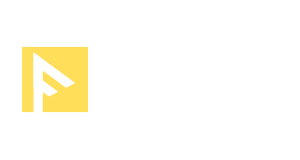